This morning’s chores were to take a load of green waste to the recycling centre outside of town.  We had managed to fill another seven bags with a knotty old honeysuckle.  It was over a pergola and shading the garden on the side where we are already shaded by next door’s bay hedge and substantial mediaeval tower. We decided to be radical and take it out (the honeysuckle, not the tower).  It took an hour or two but now the whole space has opened out and we can see our lovely brick and stone wall.

The other chore was drying the laundry and washing a duvet, so off to the launderette.  As previous readers may remember, it is a very well decorated venue and today they had gone for the Easter theme with tiny coloured eggs and ducks.  Great place to chill while everything goes around and around.  By the time all was dry and clean it was also time for lunch. 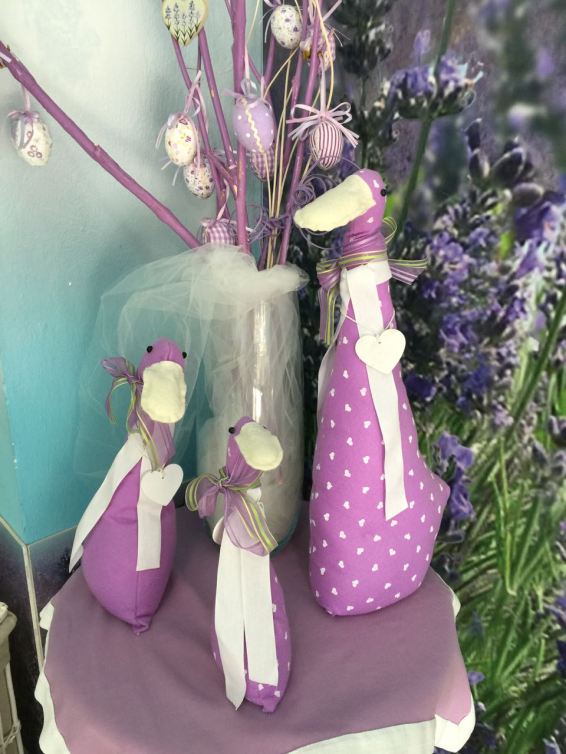 At a nearby road junction, across from our terracotta floor people, there is a bar, a hotel and a restaurant.  We came here one evening on the suggestion of some Brits we met in Lidl.  They recommended the pizzas but actually we have had better.

Anyway, today is Friday so fish is ‘the’ thing to have and so we thought we would try the restaurant for lunch and try their fish. The restaurant was stuffed full of factory and construction workers, lorry drivers and farmers.  Basically, all of these men simply would not be eating here if the food was rubbish. Also, most of what they were eating was not on the menu so you needed to ask what is ‘special’ on the day.  Today was baccala with spinach, pasta with fresh swordfish and tomato sauce, grilled prawns, a classic fritto misto and perch.  We had baccala, the pasta with swordfish and a side salad.  All very good.

Back in Citta della Pieve we went around to the house to take some pictures of the now clean and swept rooms that can now almost be imagined as finished.  The kitchen has not been plastered yet and the stairs are still a mess, now that the marble covers have been removed. We still have some slabs that were salvaged but have no idea what to do with them.  Have to work out how Ebay Italy works, maybe? 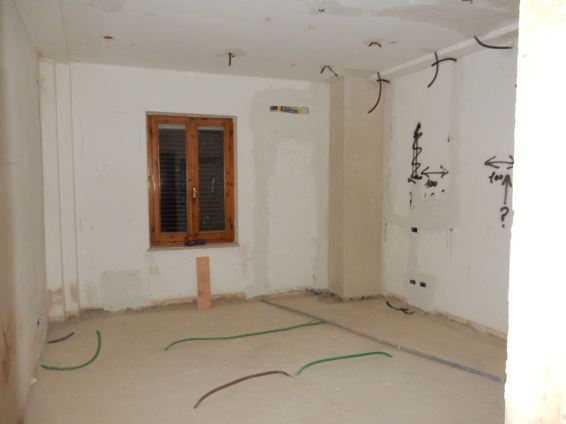