Awoke to a bright day and the sun streaming through the shutters.  The starlings started their murmurings early today and when I went down to the garden to let Daisy dog out I realised how the neighbour’s bay hedge had gone completely berserk and was growing through the fence with a vengeance.  Time for some guerilla gardening and after lunch when all are resting I will climb up onto the wall and give it a bit of a haircut.

Problem is that it was pruned rather late by the gardener who visits every Tuesday when our neighbour comes to check on her palazzo (one of several, we understand).  This meant that the bay hedge put on a massive growth spurt, despite the drought of the summer months.  I am sure it harbours all the mosquitoes that blight my life when I go outside. Next year we should invest in one of those zapper thingys, especially if we want to eat out there, otherwise I shall need a burka or two.

This morning I drove down to Lispi, the forge who will be repairing the balcony awning and creating our railings.  The ironwork inside the house, like the bannisters and handrails, will have to wait until we have finished moving furniture around as it really helped having an open staircase when we brought the wardrobe in and the beds and mattresses. Lispi do a whole range of furniture too and I brought their catalogue home, complete with its iron cover. No one will be running off with one any time soon.  They had a selection of dining chairs and bar stools in the entrance, destined for a local bar.  They were in a lovely rust finish and would look great in our rust-themed kitchen……

I popped into Perugia this afternoon to pick up the lights for the staircase and the second monkey lamp for the garden.  We put both monkeys out and they are a great talking point for the neighbours who think they are really funny, or maybe its ‘us’ they think are funny.  We weren’t sure if the light bulbs they are holding would be strong enough but they have a nice glow.  Since our order the lighting shop has given over one of their windows to the whole collection by Seletti, of monkeys and rats in black and white after my suggestion they try a couple out, which sold the same day.  I would love another white monkey for our kitchen shelf, but maybe less is more. 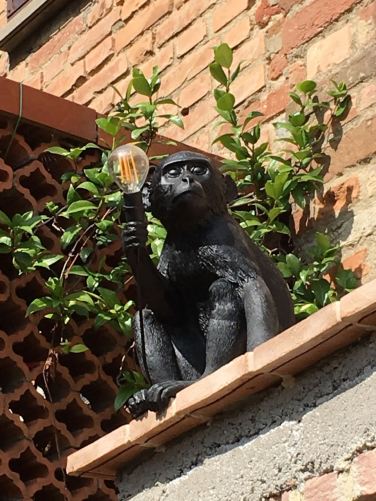 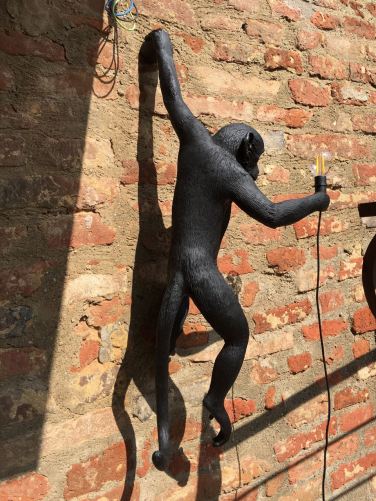 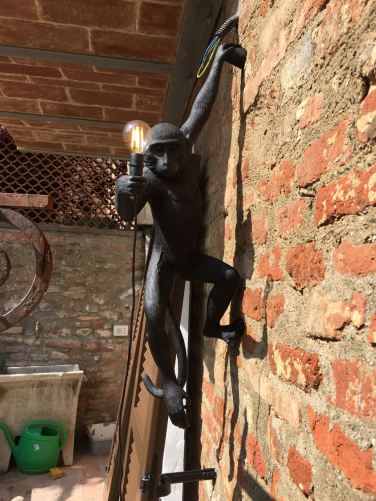 Returning from Perugia the surrounding hillsides are now showing signs of autumn colour.  We have eaten the final bunch of grapes from the garden although the tomatoes are still growing.  We had about seven bunches in total although the grapes suffered from wasp attack when the weather was so hot, but we still ended up with an impressive crop of sweet, aromatic grapes. 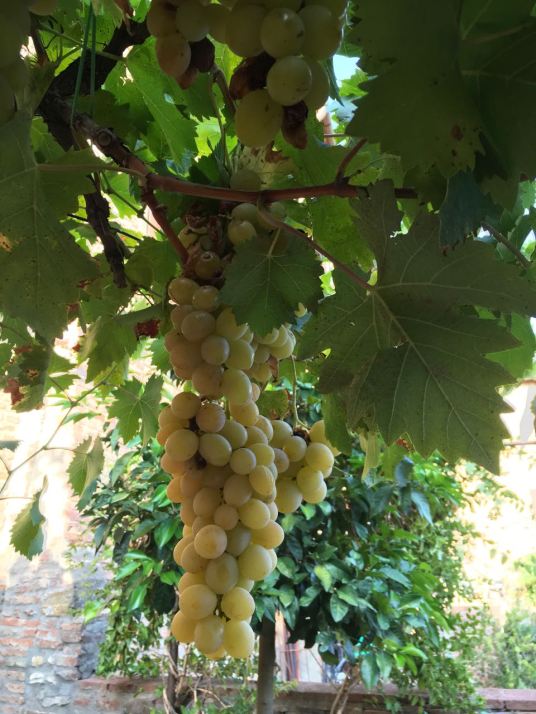