It felt like spring today and at lunchtime the temperature reached 16 degrees.

After two days of moving, unpacking, cleaning and having a rotten sore throat that kept me and probably half of the town (as the streets are so narrow) awake, we thought we would go for a drive. Not too far as I had to have a Skype chat with a potential wedding booking.

We realised that we had covered most of the compass points nearby except south, so southwards we went to the medieval hilltop town of Monteleone d’Orvieto. Established in the 11th century as a castle to guard Orvieto’s northern boundary, it is quite similar to Citta della Pieve (but much, much smaller) with its numerous churches, town hall, library and a small theatre.  We arrived around lunchtime and so the narrow streets were empty despite the lovely weather. But it was clearly also a very quiet place to live as there did not seem to be any bars or shops apart from a butchers just inside the town gate.  The views across the countryside from here are stunning and the photos do not do them justice as it was a rather hazy day. 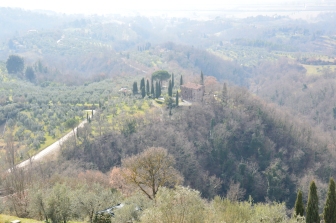 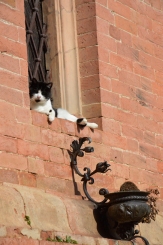 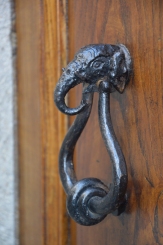 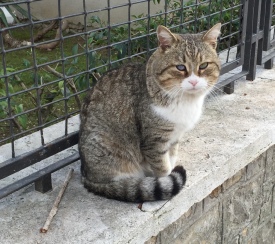 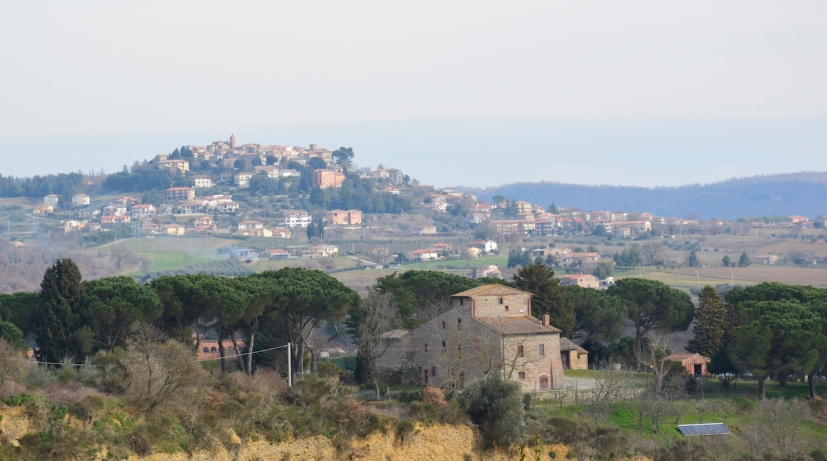 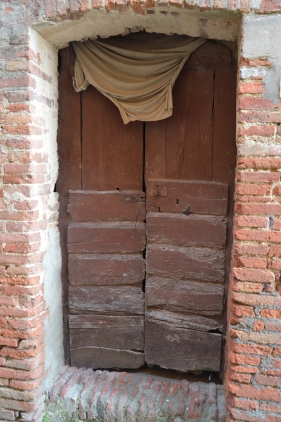 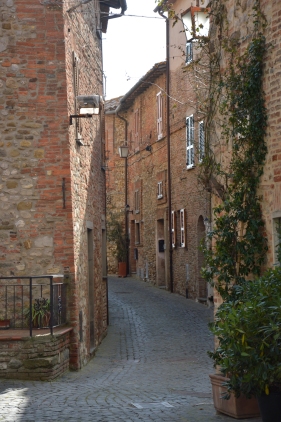 We asked a lady who was delivering food to a nearby house, where would be a good place to eat, nothing fancy just good home cooking. She blushed a bit to recommend her own restaurant just outside of town, where she would be happy to make us a pasta dish. So off we set and ended up having two delicious pizzas and a couple of artisanal beers made locally.  Jamie wasn’t impressed with his double malt but my white beer was very refreshing.

Time to get back and pick up some olives from the man with the stall in the piazza.  He sells a range of olives, nuts, dried fruits and also a huge range of sugared fruits.  We chose some huge green olives and some sugared pieces of ginger and orange peel.  I might try dipping the orange in dark chocolate like those that can be bought from posh pasticcerie and chocolate shops; these are particularly good with an espresso after a meal.

Early night as the builders arrive at 7:30am and need a key…..exciting.  Nearly as exciting as the fluorescent orange hot water bottle purchased for me by Jamie, presumably as an early Valentine’s present.

The town is gearing up for San Valentino, with red paper hearts hanging in shop windows and the castle illuminated with red light…