Special bonus blog post so we can catch up!

We woke to beautiful clear blue skies and so for our Sunday excursion we chose the town of Gubbio.

This is about an hour and a half from us on the other side of Perugia.  The countryside is quite different and we could see the snow-capped mountains of the Apennines.  The town clings to the side of mountain and the streets are steep and winding.  There is a funicular railway that will take visitors to the top of the town, where the castle and basilica probably offer the most fantastic views of the surrounding countryside.  The funicular is a series of open cages, just large enough for two, that sweep upwards and you have to jump off, rather like ski lifts.  We decided to save this thrilling adventure for our next visit as we had Daisy with us and I had visions of her refusing to get off or being dragged skywards all alone in a cage…… 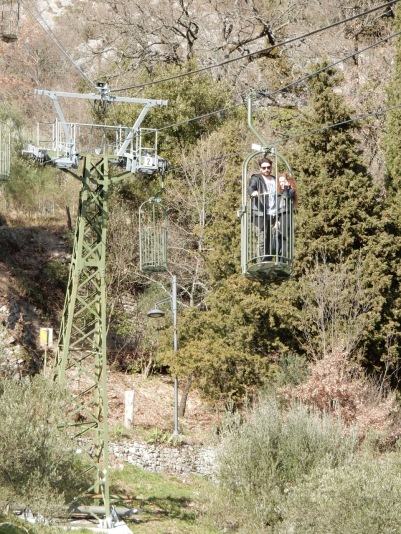 The town is full of very grand palaces and has a long and varied history.  We had a simple lunch of a sandwich for Jamie with bresaola, cheese and rucola while I had a salad with turkey and walnuts, all washed down with a birra Peroni, sitting in the glorious sunshine in the main piazza. 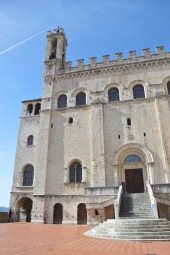 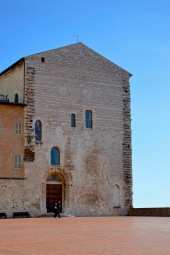 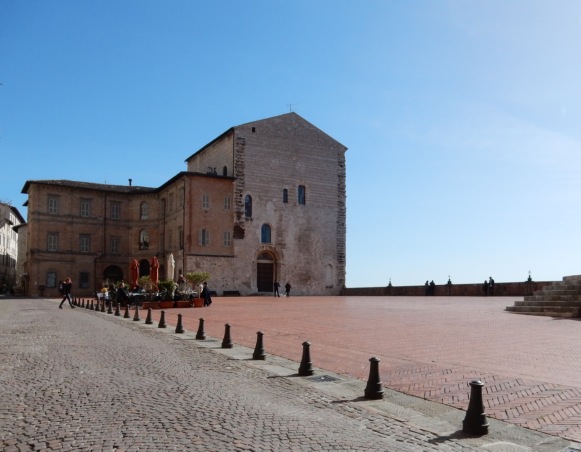 Daisy made friends with a local cat. Not sure if this was because her fading sight meant she didn’t know it was a cat, rather than just a strange-smelling dog. But the cat was not fazed in the least and investigated the contents of my handbag before investigating our Daisy.

After a wander around the narrow streets we headed back down to where we had parked the car.  Here there is another large square and the ruins of a Roman theatre and a covered portico where local producers of olive oil, cheeses and artisan goods had a small Sunday market. 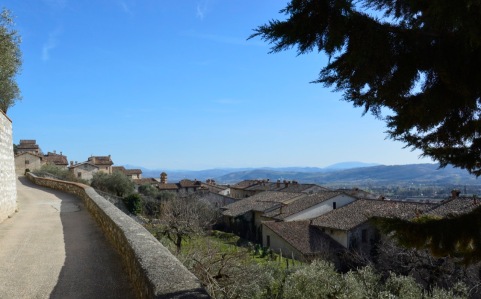 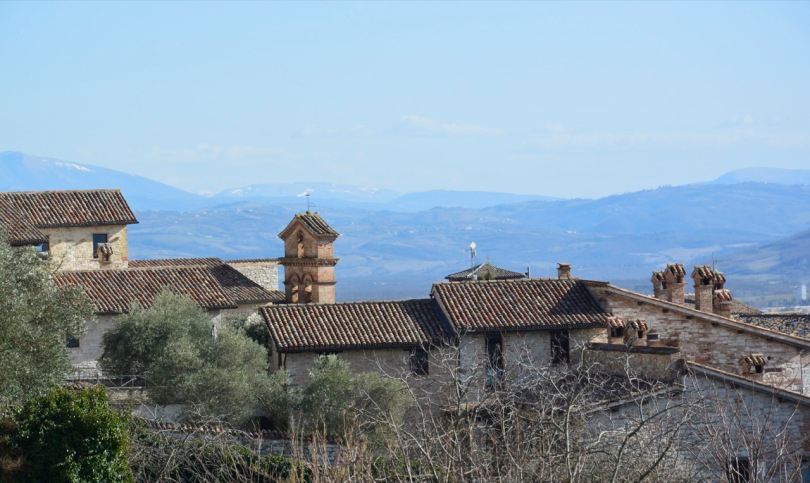 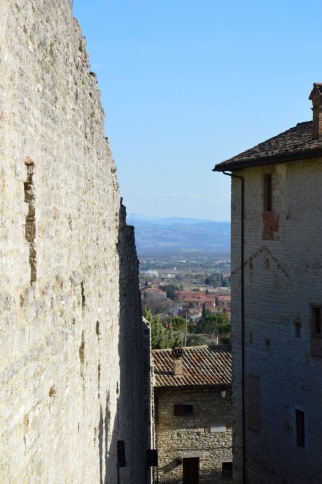 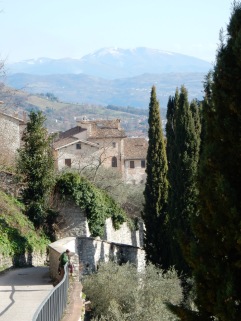 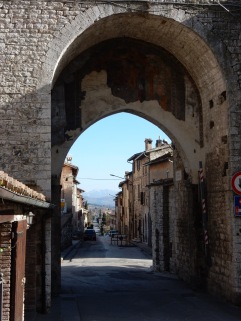 We had arrived late and by now it was nearing four o’clock and families were gathering with children in fancy dress.  There was going to be a procession for carnival and the schools and local children were taking part dressed mainly as pirates, flamenco dancers, carabinieri and the toddlers looked really cute as tiny, chubby polar bears, ladybirds and bumble bees.  Loads of confetti being set of by small boys with explosive devices and coloured streamers, so we stopped a while to watch and eat a couple ice creams before attempting to extricate our car, which was now parked right in the middle of the festivities. We drove out slowly, guided by a local policeman. 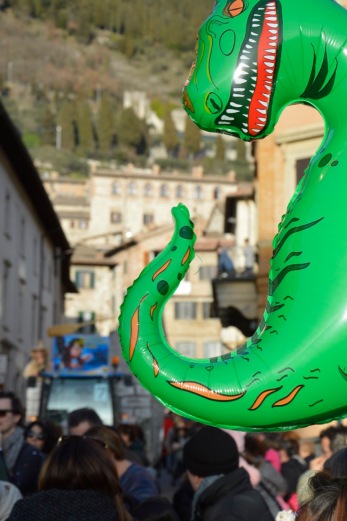 Traffic back was a bit heavier as shoppers were leaving Perugia but we arrived back around eight and had a bowl of home-made chicken soup followed by fried egg on toast.  We went around to the house for Daisy’s last walk and popped in to check that the light switches would be on the right walls and that no-one would end up stumbling around in the dark.  We spotted, though, that our plans to remove the lounge door and install an old wooden beam have fallen at the first post, as it would put too much strain on the air conditioning unit. Another compromise to end the day.