This morning’s walk was halted along the woodland path when we stopped to observe several caterpillar ‘trains’. They were long, and by this I mean several metres, strings of caterpillars holding on to each other, nose to tail, to reach the other side. The other side of the path seems a bit pointless as it is very similar to the side of the path they are leaving but there must be a higher intention. We had noticed large webs in the pine trees and assumed they were spiders webs but actually they are the cocoons of these beasties, and when they hatch they fall out of the trees.  These incredible trains must take ages to arrive at their destination, wherever that is, as they move very slowly and carefully over the gravel, fallen leaves and pine needles.  How many survive the trek is another question but the birds didn’t seem at all interested. 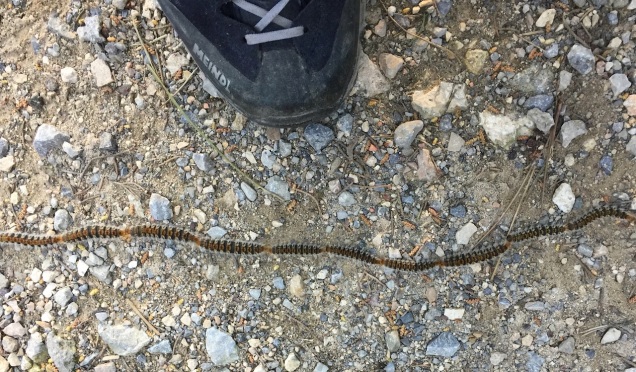 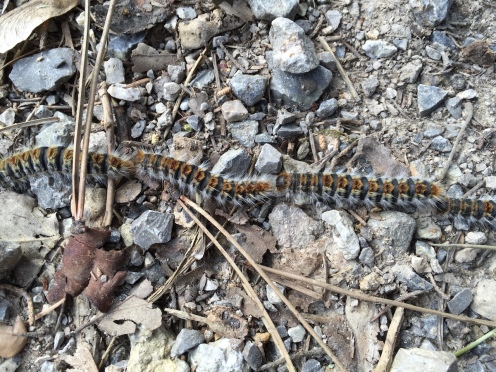 Drove down to feed BoHo this afternoon and to take him a bowl of water as it has been quite warm the last few days.  He was fast asleep in the sun and although still wary, he now barks at me but is wagging his tail, so some progress.