Another early start as today is the antique and retro fair in Citta del Castello and so we can spend some time wandering around the stalls and then squeeze in a trip to Arezzo on the way back. The stalls were busy but nothing very tempting this time.  There was a nice boxed set of silver plated quail which I thought were English but actually copies of the English style solid silver birds by Gucci, and at a steep 300 euros!

Lunch here had to be at Piadineria Vecchia Rimini, where they prepare a local speciality of flatbread or ‘Piadina’ and its fried equivalent called a ‘ciaccina’, loaded with delicious fillings of various cheeses, hams and sausage with fresh tomatoes, rocket, salad and radicchio but this is just a tiny selection as the menu also includes pizzas so be prepared to be spoilt for choice.  Last time my choice was Parma ham, radicchio and the local Roman cream cheese called ‘squacquerone’.  This time it was tuna, rocket and mayo.  Our guest had a pizza and Jamie had a flatbread with spicy salami and cheese.

On to Arezzo and time for a coffee and cake just off the main square.  Quite busy here too despite most of the shops being closed because it is Sunday.  The main square looked very ceremonial as the buildings and grand arcade were decked with flags and banners. 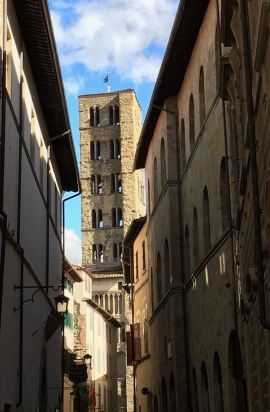 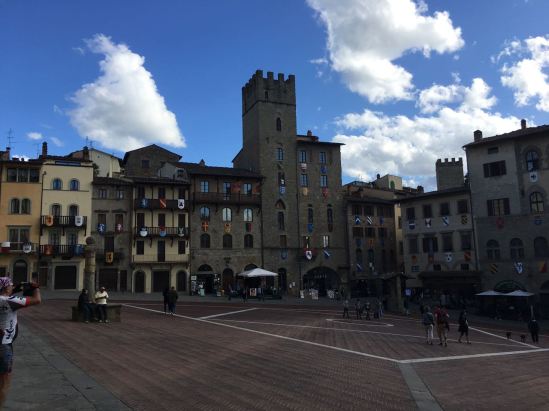 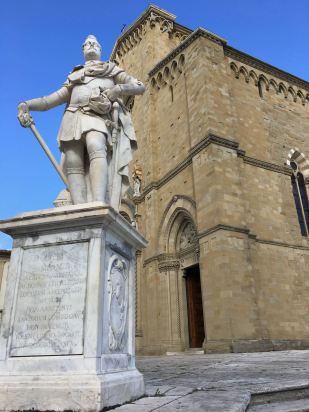 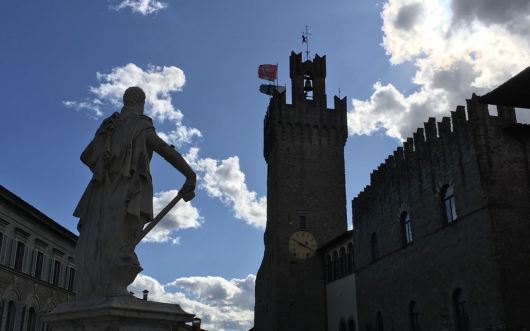 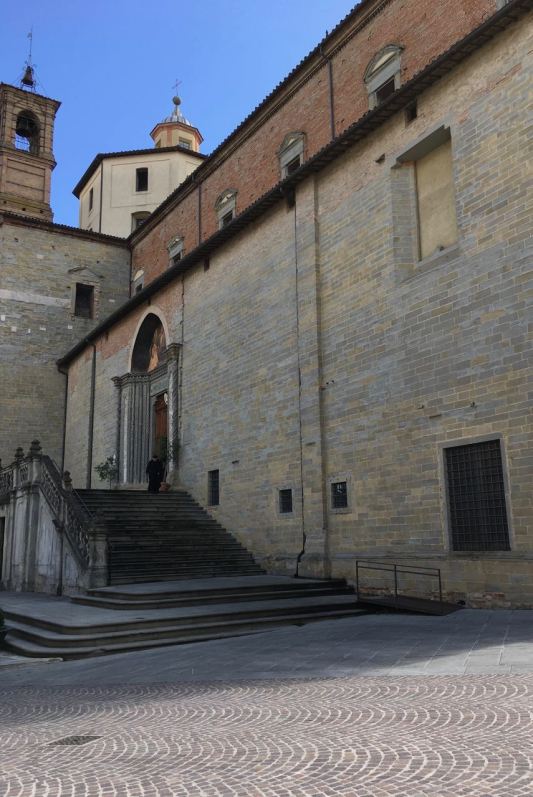 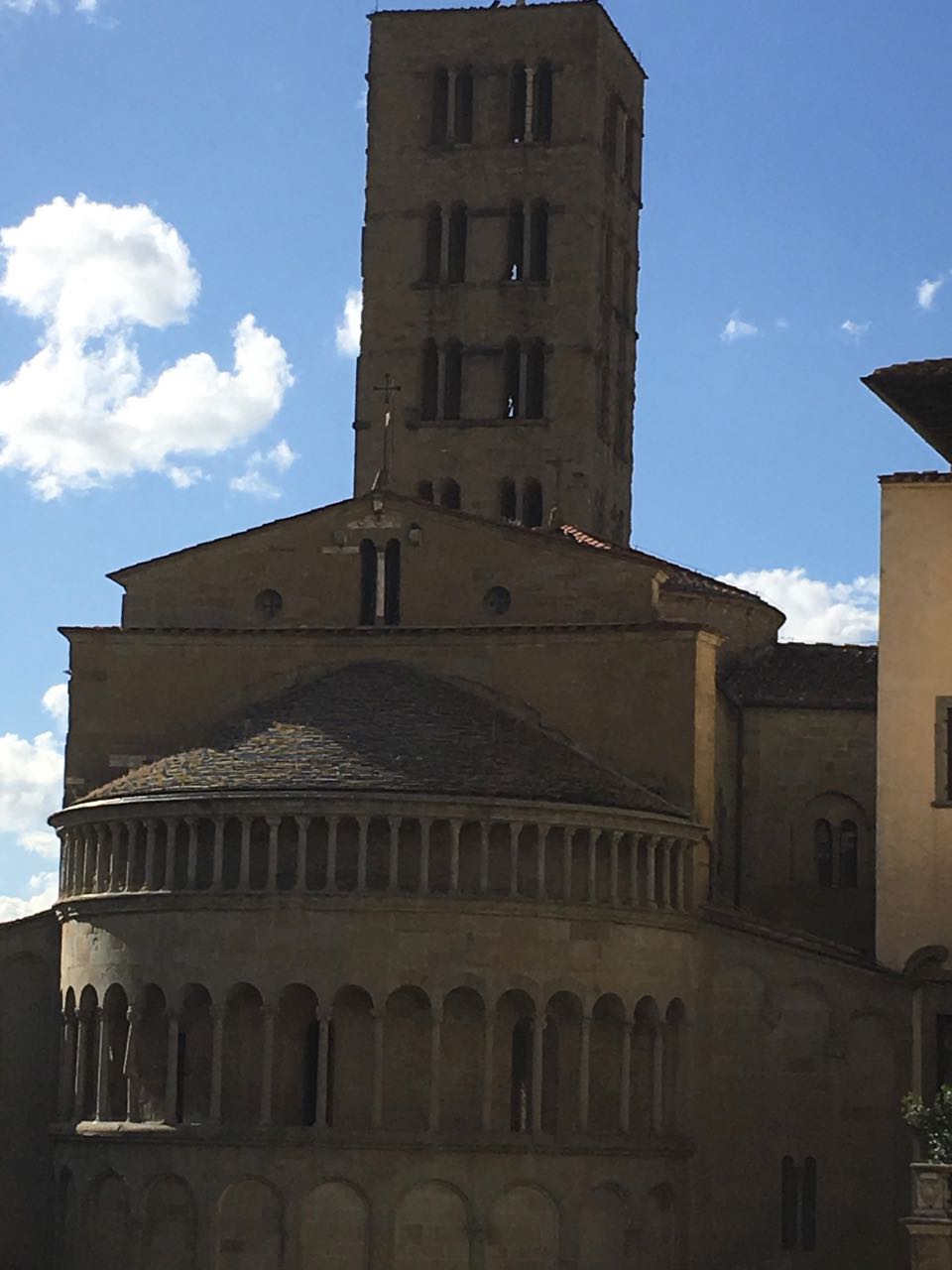 We arrived back in Citta della Pieve in time for the final procession of the Palio celebrations.  This time the procession was in honour of our patron saint the blessed Giacomo Villa.  Our friends A and S were taking part and because it was our ‘Borgo’, the procession was due to walk down our road on its way to the dedicated church just outside the city walls.  The drumming began and characters in medieval costume representing the great and the good of the ancient town, accompanied by our parish priests, nuns, parishioners and of course the shrine of Giacomo Villa, all processed from the cathedral and along our road.  It was quite moving and I joined the crowd to walk to the church where the priest gave a short address and then everyone walked home.

We really love these old traditions that have obviously been carried out for centuries and because they involve not just the older residents but also the younger generation, as the medieval characters and drummers were mainly teenagers, they should continue to have meaning and importance to the town.