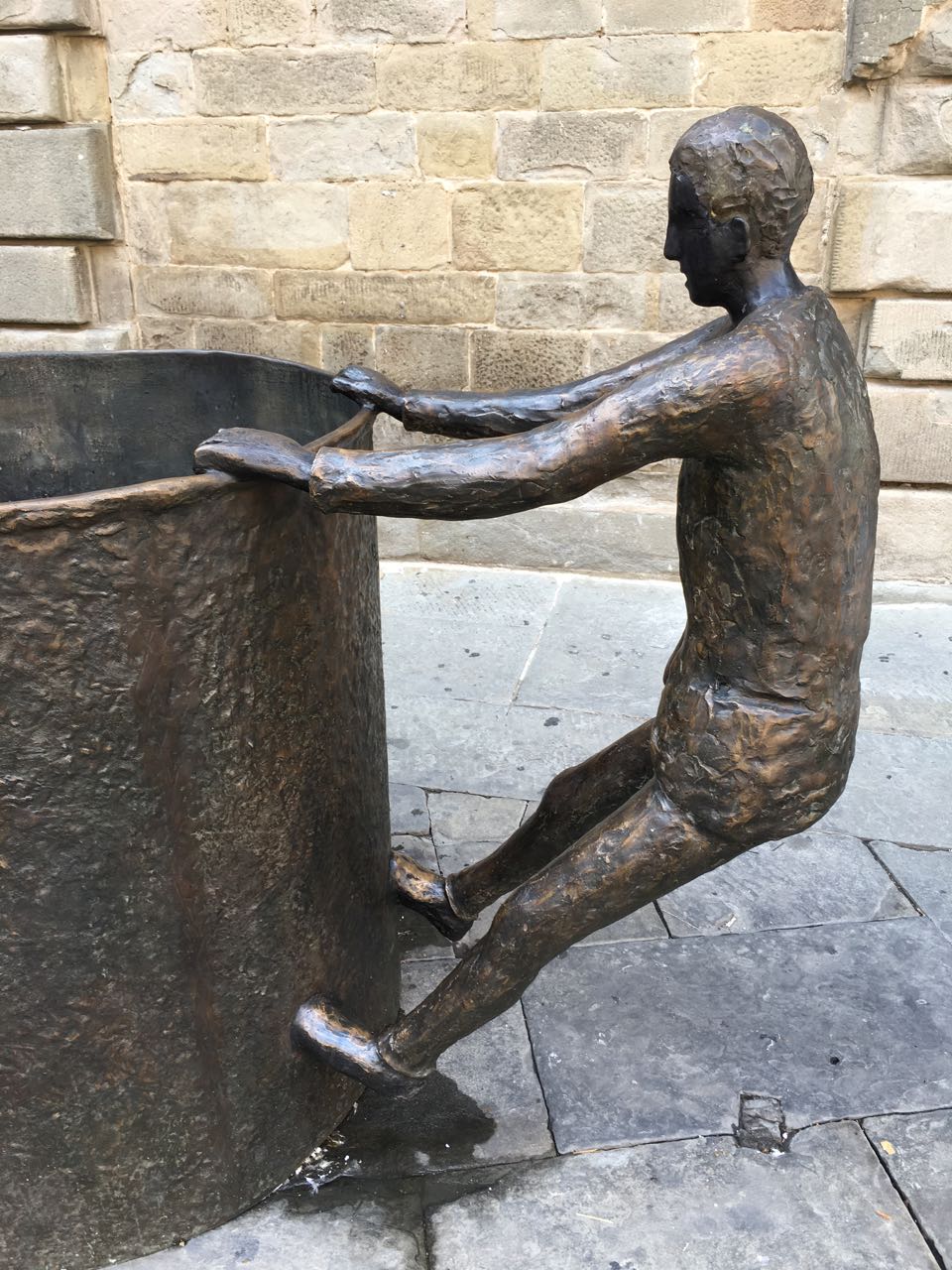 Today we are going to Cortona and on the way back Montepulciano.  Over the past couple of days with all the walking and climbing around these medieval towns, we have averaged the equivalent of climbing a 16 storey block of flats so by the end of the week we should all be fit to the max.

Cortona was very busy and as it was lunchtime we thought it best to secure a table as soon as possible.  Our first choices were all booked and because of the weather some restaurants were unwilling to let us sit outside incase of a sudden shower as then there would be no room to accomodate diners inside.  Finally we chanced upon an interesting Osteria opposite the Carabinieri which should suggest a certain quality.   After a short wait we sat down and ordered. I chose a hearty soup whilst the others went for pasta with wild boar ragu.  I then had a grilled pork chop and the special of the day, deep fried porcini mushrooms – yum.  No pud for me but the tiramisu was a good choice as obviously homemade. 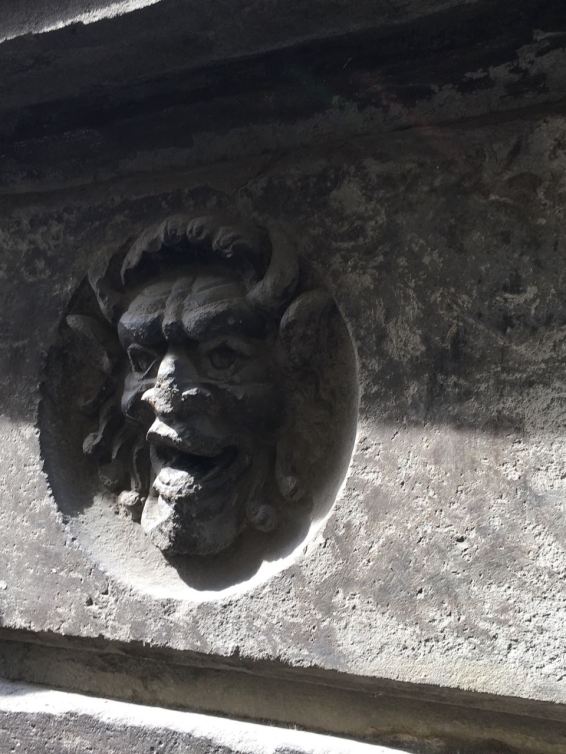 An open air art exhibition was setting up in the square outside the museum and a live jazz band was playing and according to a poster there would be more blues and jazz events during the week.  In the main squares were a number of chocolate makers celebrating that the Perugia area has long been known for chocolate production. The huge Perugina chocolate factory, now part of Nestle, is in Perugia.

I popped my head into an incredible jewellery and accessories shop called Delbrenna, not just because of the beautiful things in the window (check out their shoes!) but because of the scented air coming from inside the shop.  I asked if it was a candle or similar and the assistant told me it was a room scent by Santa Maria Novella, a company that had a store across the steps.  So off I set and found myself in a shop lined with old fashioned apothcary style bottles containing every natural perfume or aroma you could imagine from classic rose, iris and gardenia, vetiver, verbena and sicilian lemons to hay, pomegranates, bay, basil, tobacco to name just a few.

This company originated in 1200 in Piazza Santa Maria Novella in Florence as one of the oldest pharmacies in the world. Established by Dominican monks, the friars began cultivating medicinal herbs in their gardens to prepare medications, balms and ointments for their small infirmary.  Each of their products had its own unique history and one “Acqua di S.M.Novella” is the perfume that Caterina de Medici commissioned from the monks in 1533 on the occasion of her marriage in France to Henry de Valois.  By 1600 the fame of their extraordinary products spread beyond Italy and thanks to the ingenuity of the formulas developed by the apothecary fathers they decided to open to the public, and by the 18th century they were renowned in Imperial Russia, the Indies and as far as China.

However in 1800,after the Italian government’s confiscation of the church’s assets, the apothecary became state owned but was run by a nephew of the last monastic director.  The old manuscripts and recipes were all saved and stored and today under the management of Eugenio Alphandery, the traditions and recipes and still made. With all this wonderful history and surrounded by the most exquisite perfumes I chose the ‘Autunno’ room scent that had lured me into the jewellers and also a bag of the original 12th century recipe pot-pouri, using flowers and herbs grown around Florence, for our new wardrobe.  Nowadays they do a huge range of products including one for pets but at these prices I think Daisy can make do with her K9 shampoo. 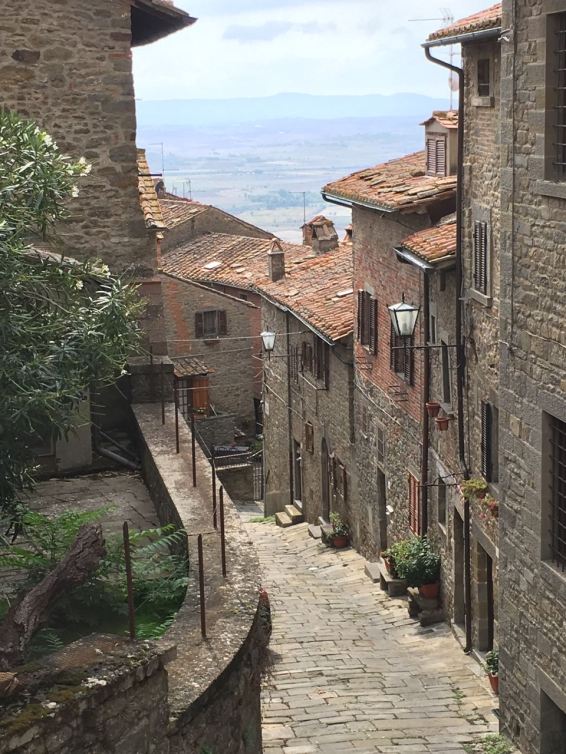 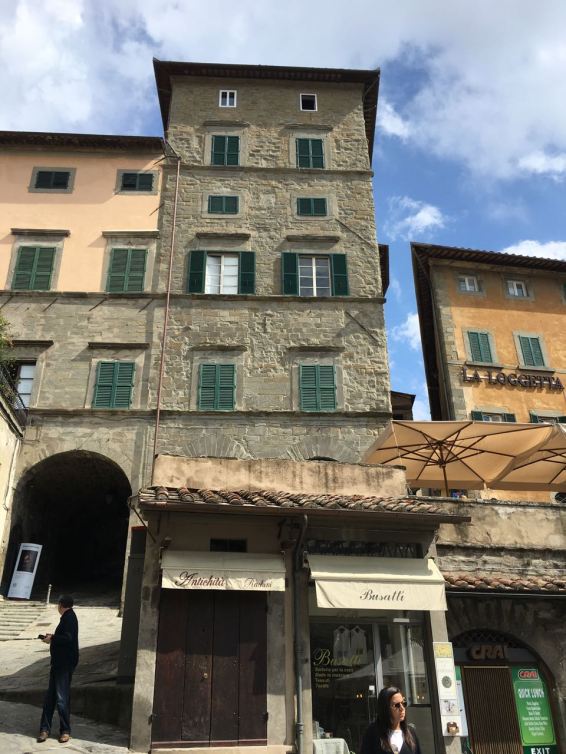 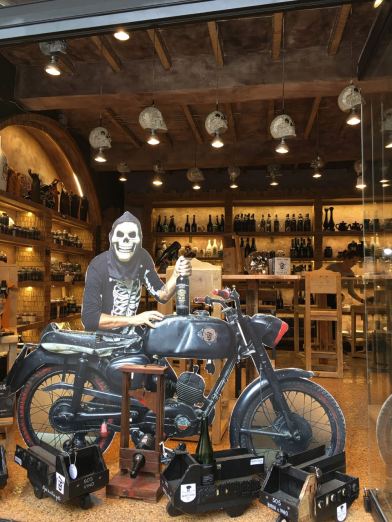 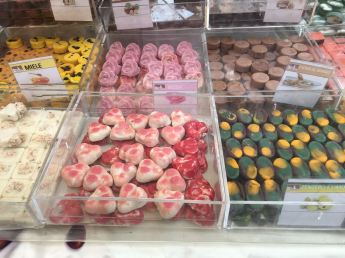 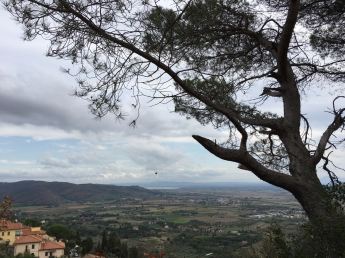 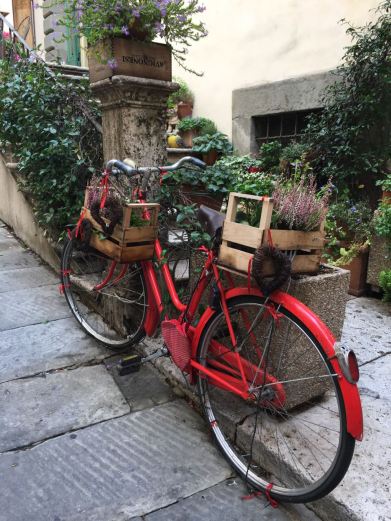 Anyway after my fun in the apothcary I rejoined the others and we left to go to Montepulciano, and half an hour’s drive away.  More steep climbs through and up the winding streets of this town and surely we will have set an all time record of steps according to our app.

This is a wine town and the number of wine bars offering a huge selection of the local product is very tempting but not if one then has to drive down the wiggly hairpins back home to Citta della Pieve. 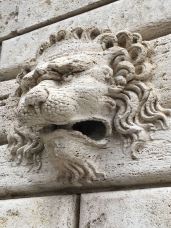 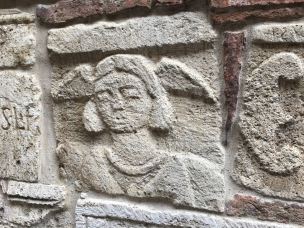 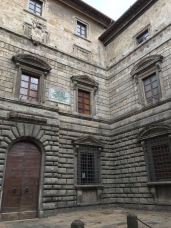 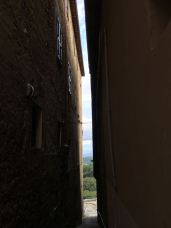 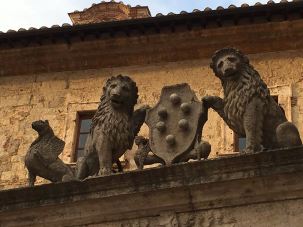 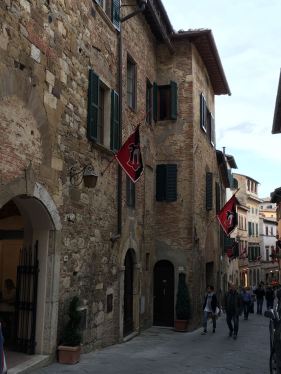 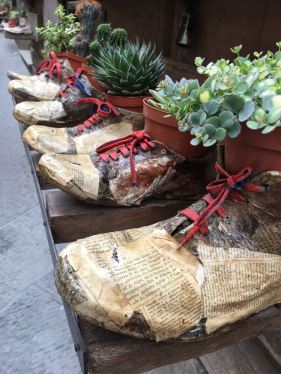 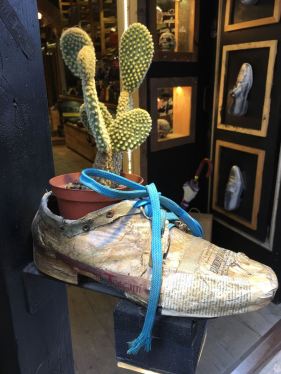 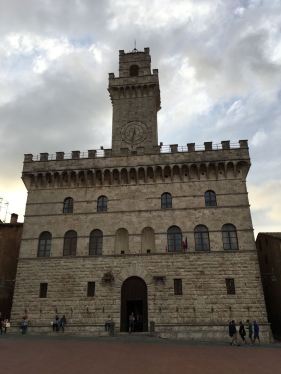 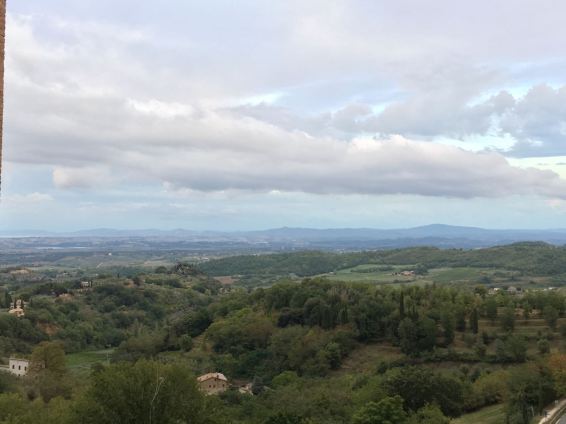 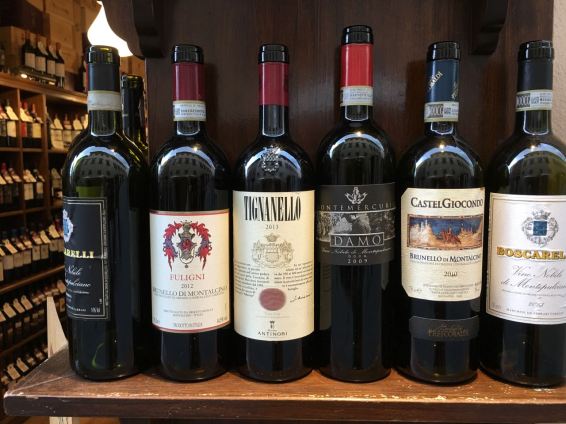 Daisy has ben particularly popular today with people coming up and asking about her. Several American tourists have stopped to chat because they have terriers themselves back in U.S.  Terriers rule!