We left early, accompanied by 130 km/h winds and more rain. Searched out the local Carrefour to buy toothbrushes (the only thing we forgot to bring … so far) and then drove for hours through flat, flatter and extra-flat fields punctuated only by massive heaps of sugarbeet.

This trip is a bit different from our initial house hunting trips when we would fly over to Italy for a long weekend and pack a dozen property viewings into two or three days.

We have allowed four days for the journey to Citta della Pieve, taking the chance to stay in some interesting places on the way. Although we limited the distance to about 5 hours driving each day, after allowing for coffee breaks, lunch breaks and Daisy breaks it is nearly 8 o’clock by the time we arrive in Perouges.

We are staying at the Hostellerie de Vieux Pérouges in this amazing mediaeval city with a maze of cobbled streets and stone houses. We stayed here once before, more than 20 years ago and haven’t had the chance to revisit. The town was founded by people from from Perugia, so it seems an appropriate place to stay on the way to Perugia.

The hotel is still fabulous. It is spread out over several buildings in the walled town. We are in Le Maison, which dates back to the 13th century. It is all spiral stone staircases, carved wood, tapestries and four-poster beds.

The town is almost completely pedestrianised so Daisy was free to wander around and explore the cobbled streets.

We ate in the hotel restaurant. We had smoked carp salad and chicken liver mousse for starters, followed by an enormous fillet of beef (so big that the leftovers will feed Daisy for a couple of days) and potato dauphinoise. The wine list was on a huge roll of parchment. After all that, we shared a pudding of traditional gallettes and peach sorbet. Not a bad way to end the day!

Looking forward to wandering around the town in the morning, before setting off on the next leg.

And … nice touches in the service stations on the A26: amazing doors in the ladies loos and the little painted rabbit on the rubbish bin: 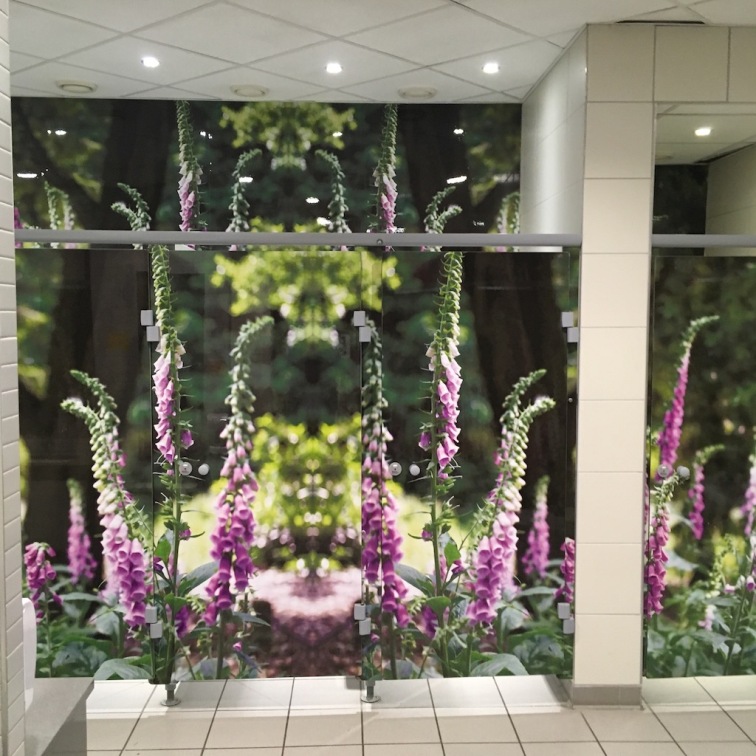