In this town we have some very lovely cats.  Generally there does not seem to be a ‘cat problem’ with stray kittens hiding in corners, rummaging through bins at night and scurrying away from human contact like in some Italian towns.  The cat characters here in Citta dellla Pieve all have their place – and very nice it is too to see them around and about.  A couple are a bit camera shy but eventually they may relent.

Firstly, there’s the ginger tabby cat in the pet shop.  He lies curled in a ball, as in the photo, trying to snooze on top of the small counter, surrounded by dog treats and small toys, despite the interruption of customers.  What you cannot see from the photo is that below him at the bottom of the counter-front, lives a pigeon.  He has injured his wing and can no longer fly and so lives in a cardboard box right there.  On this day he was out on the shop steps wandering around and being chatted to by passing citizens, but we hope to photograph him also.

The white cat under the chair in our architect’s office is called Romeo.  Sadly he is now homeless as his elderly owner has had to go into hospital and will no longer be able to care for him.  In the meantime though he has moved into the office and is quite happy coming and going from there and getting lots of attention.  He is deaf though, like lots of white cats, apparently.

These two grey characters sitting on our garden wall are our neighbours and as such are a little put out that their usual basking places and thoroughfares have been put at risk by the arrival of a stroppy English fox terrier.  They have already learnt however, that if they remain absolutely still, Daisy doesn’t notice them at all. 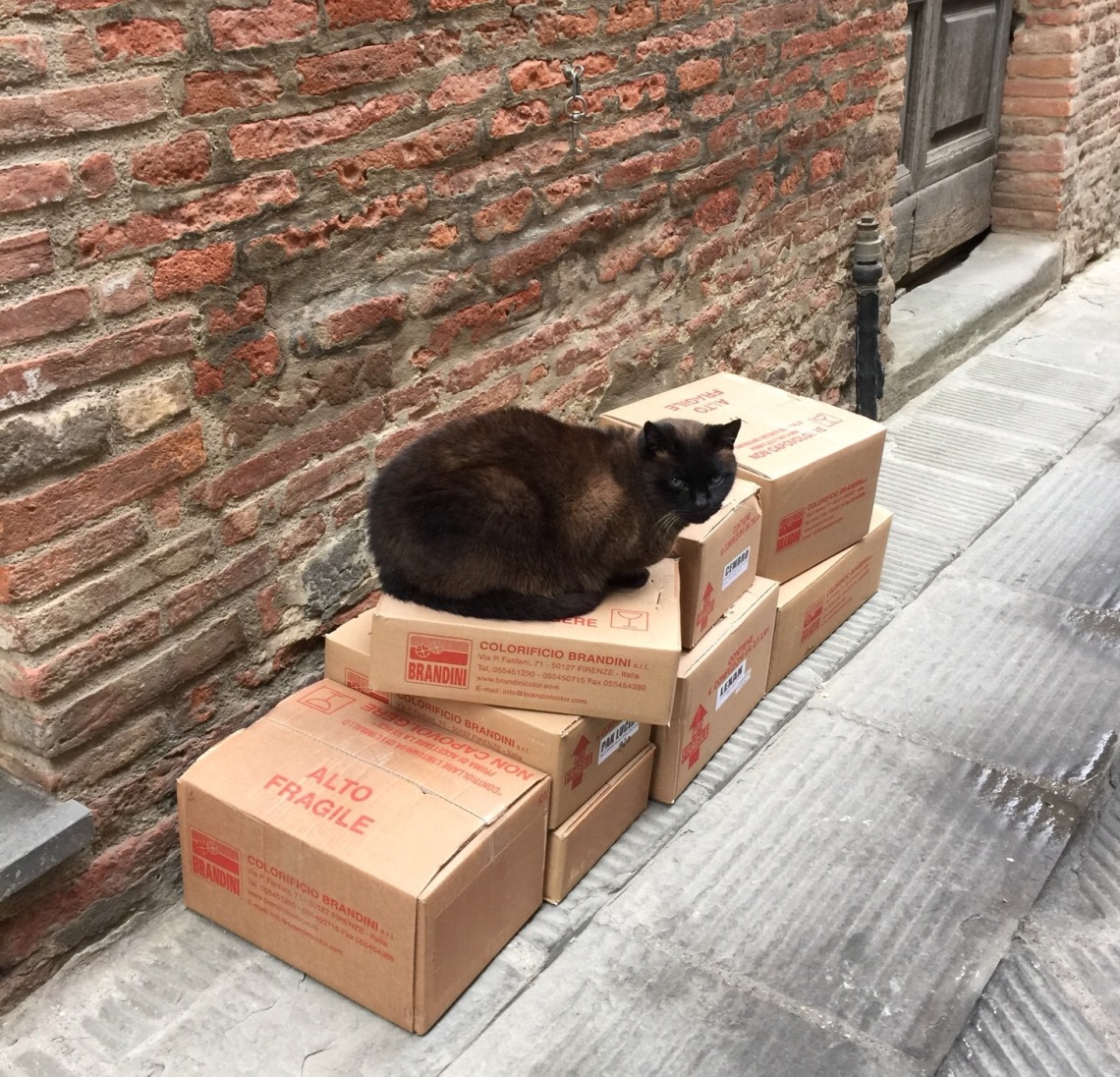 This mottled black and ginger cat belongs to the hardware shop and can often be seen sitting on top of the latest delivery left out on the street.  We have not yet been formally introduced as Daisy is usually in tow and we keep well clear.

The back cat with the rooftop view behind him (see header) is Oscar.  The rooftops are his domain as he lives in a top floor flat and roams the roofs quite happily and sunbathes there with the best view of all.  He belonged to a friends’ mother but has now moved in with her and her own four cats. They are all slowly getting used to each other but rather carefully apparently avoiding direct encounters otherwise all hell breaks loose.  Our friend has now invested in plug-in cat pheromone dispensers so they spend a lot of time lying around being spaced out! 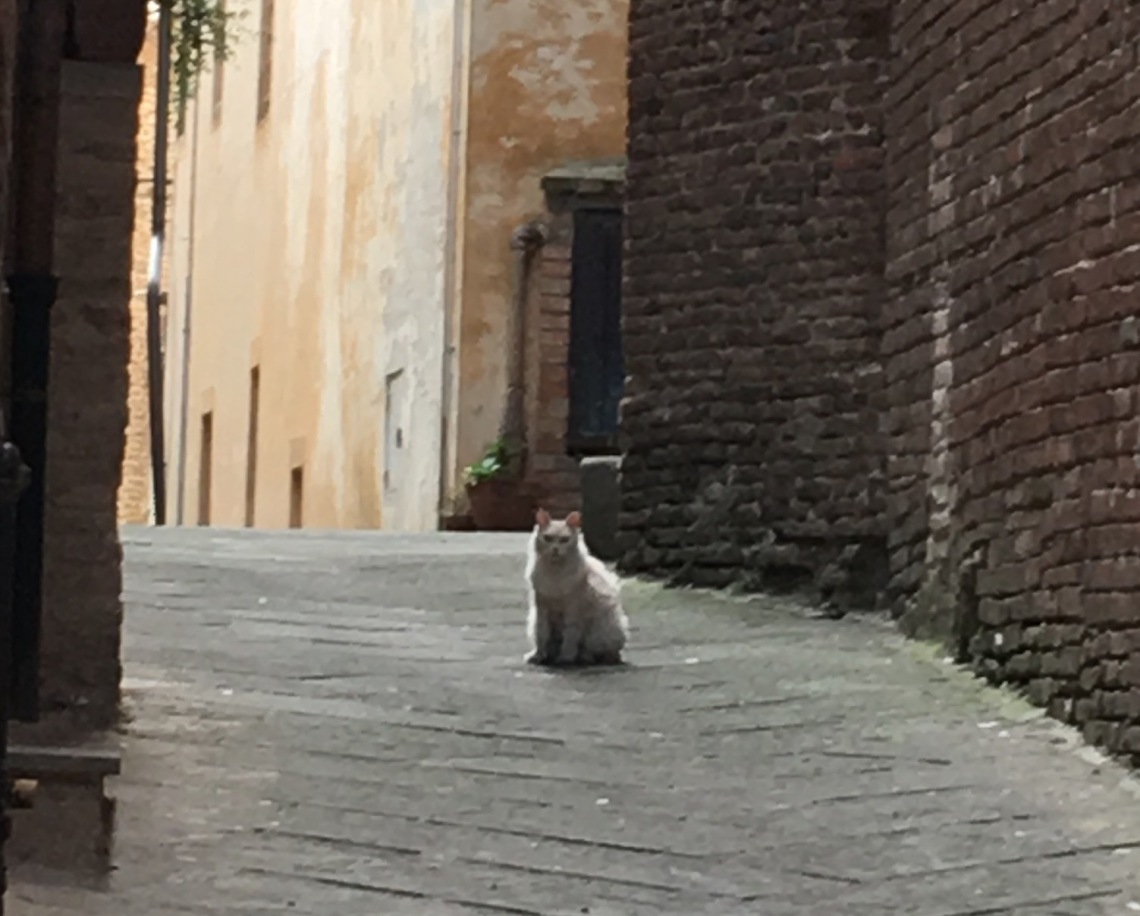 The last feline around town is Cioppi, a rather lovely beige Persian whose usual resting place is on top of a neighbour’s parked Mercedes car.